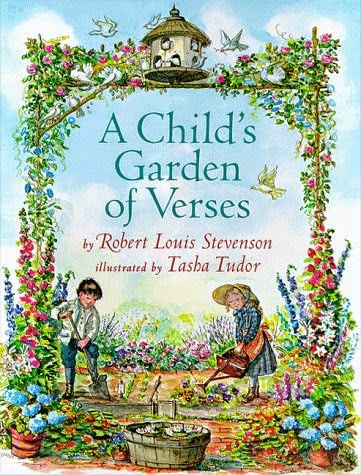 Most book lovers are word lovers. They love words that are beautifully woven together. Nowhere is this more readily seen than in poetry where a great deal of meaning must be packed into just a few words.

I love great poetry, but as a mother of young boys I combed through many a library bookshelf only to come up short on poetry compilations that touched the heart as well as tickled the funny bone. The older the book (I liked the outdated Childcraft encyclopedias that I found at yard sales) the better were my chances of finding substantial poems. Most of the modern poems were just too sing-song-y. Or just plain annoying.

Lewis Carroll’s "Jabberwocky" was one of our favorites. We “chortled in our joy” over such phrases as “frumious Bandersnatch” and “vorpal blade”. We saw (in our mind’s eye) the Jabberwock that “burbled as it came”. What a word feast! The closest I’ve come to finding a “perfect” book of poems (meaning I rarely skipped over any of them when reading aloud) is A Child's Garden of Verses by Robert Louis Stevenson. These delightful verses are all written from a child’s point of view. Some other authors who have gentle, but unobtrusive rhymes are Dorothy Aldis and Eleanor Farjeon. Listed below are some exceptional books of poetry for the young. 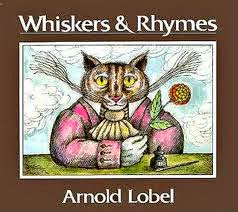 Leaves From A Child's Garden of Verses ( “best of”)
The Rime of the Ancient Mariner (illustrated by Gustave Dore) – (for older children)
Whiskers & Rhymes - Lobel
A Book of Americans  – Benét (American history in poetry form)
Golden Book of Fun and Nonsense (1970 version is out of print - this one is not for the faint-hearted!)
Tyrannosaurus Was a Beast – Prelutsky (funny dinosaur poems)

Posted by hopeinbrazil at 5:54 AM No comments: 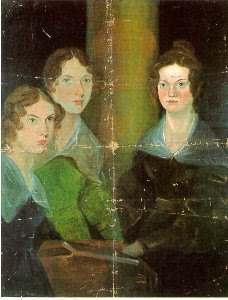 Because I love Jane Eyre, I’ve read a lot of biographical information about the Brontës through the years. The latest book was Dark Quartet: The Story of The Brontes by Lynne Reid Banks. “Dark” is the key word! If it had been the first book I’d read about the Brontës I would never have continued reading their published works. The whole bunch of them, according to Banks, were tight-lipped, mean-spirited and utterly devoid of hope. The only bright spot in their lives was the publication of Jane Eyre after which three of the four of them died (!) This book is a fictional account of the Brontës’ lives based on actual research. In the introduction Banks writes, “The facts were my stepping stones…Where there was no solid factual ground, I have felt free to guess…to invent.” Her inventions were disappointing, to say the least.

One of the most powerful episodes in Jane Eyre is in Chapter 21 when Jane forgives her Aunt Reed for lying about her and cheating her out of family ties and a possible inheritance. I kept thinking of that scene as I read about the Brontë family. Assuming there was any truth to the portrait painted by Banks, nobody in the family would have been capable of writing the lines, “You have my full and free forgiveness”. They were all too petty and self-absorbed.

A better, more balanced book is The Brontes: Charlotte Bronte & Her Family by Rebecca Fraser. Fraser freely writes about the question marks connected to Brontë history, but doesn’t attempt to give sloppy, easy answers to each one of them. She quotes from many letters written by Charlotte and others which paint quite a different picture of the family. Yes, they had incredible hardships, but Charlotte’s sweet spirit and faith in God shine through even her worst difficulties.

How I Fell in Love With Anthony Trollope

I first heard about Trollope while reading What Jane Austen Ate and Charles Dickens Knew by Daniel Pool. Trollope was touted as the “anti-Dickens” for writing non-sensational stories about normal people in normal predicaments. He prided himself in being boring! I was intrigued enough to buy one of his books, but it remained on my book shelf for over a year. Then I became ill and was bed-ridden for a month. While devouring almost one book per day during my convalescence, I finally opened Trollope’s The Small House at Allington. I smiled with delight at the opening lines: “Of course there was a Great House at Allington. How otherwise should there have been a Small House?”

I happily plowed through the next 600 pages. Honestly, there were some very dry, dull moments. But suddenly I would come upon some Trollope gem (one of his keen and witty insights into human nature) and it would encourage me to keep on going. I was hooked! Later I read all of the books in the Barsetshire Chronicles. The Warden  (book one in the series) is probably the most readable of all of Trollope’s books. Another series, The Complete Palliser Novels, is only for diehard Trollope fans (much harder going, but still worth it.) Here’s hoping some of you get seriously (but not fatally) ill and give Trollope a try.
Posted by hopeinbrazil at 8:12 AM 1 comment: