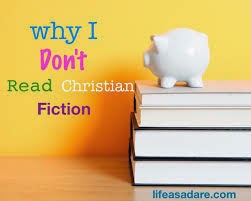 I keep hearing that Christian fiction is getting better, but someone has yet to prove it to me.  Last week I downloaded a Christian mystery novel by a well-known author and was horrified at the terrible plot and mediocre writing.

Tim Challies wrote a post about "The Ultimate Christian Novel" which would be called Cassidy: Amish Vampiress of the Tribulation.  He meant it as a joke, but, honestly, the book I read had an outlandish premise, a wimpy heroine and way too much blood. Sadly, it was not a parody.

The Weed that Strings the Hangman's Bag by Alan Bradley 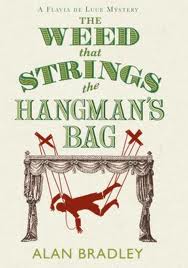 It's taken me a long time to get my hands on The Weed That Strings the Hangman's Bag, the second installment in the Flavia de Luce mysteries.  I did not  enjoy it as much as Sweetness at the Bottom of the Pie, probably because Flavia's bitter feud with her sisters no longer seems as amusing.

What struck me most this time was the brokenness of the various characters: Rupert the womanizer, Mad Meg, pregnant and unwed Nialla, the hard-hearted minister's wife, the German ex-POW, and even Flavia's own motherless family.  Dogger, her father's butler/gardener/jack-of-all-trades is a man who experienced such trauma during WWII that he fades in and out of reality.  What I appreciate about him is that his love for the de Luce family is what often calls him back from the depths.  Not only is he loyal and smart, he is a protector for Flavia whose own father hides from the world by being absorbed in his stamp collection.

In this book a traveling puppeteer mysteriously dies and Flavia is, again, one step ahead of Inspector Hewitt in solving the crime. But what kept me reading more than the storyline was Bradley's good writing and the many historic/literary references. He drops names like Swiss scientist Piccard, Beethoven, the Brontës, illustrator Arthur Rackham, Sydney Carton, Toulouse-Lautrec, Charles Kingsley, Shakespeare, Madame Bovary, and even my dear Anthony Trollope.  Too much fun!

Flavia continues her fascination with poisonous substances in this second novel. She says of herself:

Brains and morals have nothing to do with one another.  Take myself, for instance: I am often thought of as being remarkably bright, and yet my brains, more often than not, are busily devising new and interesting ways of bringing my enemies to sudden, gagging, writhing, agonizing death.

And later: There's something about pottering with poisons that clarifies the mind.  When the slightest slip of the hand could prove fatal, one's attention is forced to focus like a burning-glass upon the experiment, and it is then that the answers to half-formed questions so often come swarming to mind as readily as bees coming to the hive.

If you like a good, clean, well-written mystery, this one's for you.

Posted by hopeinbrazil at 3:31 PM 2 comments:

Elizabeth Goudge Back in Print! 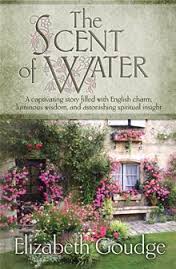 Lyn over at I Prefer Reading shared some exciting news. Several Elizabeth Goudge titles are back in print thanks to Hendrickson Publishers.  If you've been hesitant to buy used (tattered) copies, this may be the solution you've been waiting for.  Sigh. I'll try to be content with the "previously owned" copies I bought last year.
Posted by hopeinbrazil at 1:00 AM 3 comments: 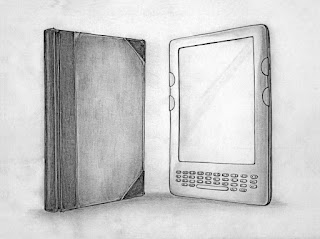 Tim Challies links to an interesting article by Drake Baer on how your memory works and on the disadvantages of remembering what you read on a screen vs. what you read on paper.  I've heard this before, but was glad to have it explained more clearly.

Baer's post also links to an article in the Scientific American which states:

Even so, evidence from laboratory experiments, polls and consumer reports indicates that modern screens and e-readers fail to adequately recreate certain tactile experiences of reading on paper that many people miss and, more importantly, prevent people from navigating long texts in an intuitive and satisifying way. In turn, such navigational difficulties may subtly inhibit reading comprehension. Compared with paper, screens may also drain more of our mental resources while we are reading and make it a little harder to remember what we read when we are done. A parallel line of research focuses on people's attitutudes toward different kinds of media. Whether they realize it or not, many people approach computers and tablets with a state of mind less conducive to learning than the one they bring to paper.

Friends, I love my Kindle, but I have to agree with these articles; I know that I'm retaining much less from my e-books than from my physical books.

Some previous thoughts on this subject were shared on my blog here.
Posted by hopeinbrazil at 1:00 AM 2 comments:

Another Chesterton Quote on Doctrine 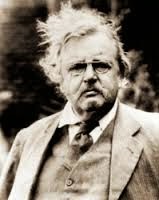 Man may be defined as an animal that makes dogmas.   As he piles doctrine on doctrine and conclusion on conclusion in the formation of some tremendous scheme of philosophy and religion, he is, in the only legitimate sense of which the expression is capable, becoming more and more human.  When he drops one doctrine after another in a refined skepticism, when he declines to tie himself to a system, when he says that he has outgrown definitions, when he says that he disbelieves in finality, when, in his own imagination, he sits as God, holding no form of creed but contemplating them all, then he is by that very process sinking slowly backward into the vagueness of the vagrant animals and the unconsciousness of the grass.  Trees have no dogmas.  Turnips are singularly broad-minded.

Posted by hopeinbrazil at 5:34 PM No comments:

The Claverings by Anthony Trollope 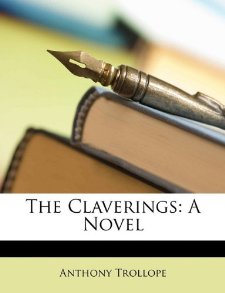 I recently looked up a list of Trollope titles to see if it was a reasonable goal to try and read them all.  I found an article by English poet/novelist H.S. Davies who wrote that the best of Trollope is found in his two series (Barsetshire and Palliser) but that two other novels (of 47) are good examples of Trollope's tremendous talent. The first is The Way We Live Now (1873) and the second is The Claverings (1867).

Last week I gave a hint there about my dissatisfaction with this book because I had a hard time appreciating Harry Clavering, a double-minded man when it came to love and marriage. As I watched him waffle on his engagement to Girl #2 when Girl #1 became a widow, I wished for a hero with more backbone. (Septimus Harding, Dr. Thorne and Plantagenet Palliser are men from other Trollope novels who are not perfect, but, nevertheless, are men of conviction.)

This novel was similar to an Austen novel in that everyone is seeking to make an advantageous marriage. Harry is jilted initially by Julia because he has no money.  Mr. Saul is refused by Fanny because he is penniless curate.  After Julia becomes a rich widow, several men seek her hand purely for financial gain.  Interestingly, those who have married into money are the most unhappy people in the story.  Yet Trollope isn't totally against the security that comes from wealth since most of the main characters in the book end up with well-feathered nests. I can't tell any more of the story without giving spoilers.

In spite of my irritation with Harry Clavering, I enjoyed Trollope's witticisms, especially with regards to Archie (one of Julia's suitors) and his friend Boodle.  Also, the narrators at Librivox did an unusually good job on this one.

Posted by hopeinbrazil at 6:14 PM 2 comments:

For those of you who can never have enough books on your Kindle, I thought this deal from Amazon.com was pretty good: The Complete Father Brown Mysteries. I know Chesterton's stories are great, but I can't vouch for this version since I haven't read it yet.  Still, it's not a bad way to spend 99 cents.
Posted by hopeinbrazil at 7:35 AM No comments:

Why should the "Great American Classic" sound better with British voices?  I don't know, but listening to the Moby Dick Big Read finally enabled me to tackle this intimidating novel.  The first chapter (narrated by Tilda Swinton) was so well done that I was hooked.  Other bloggers had mentioned that the book had funny moments, but I wouldn't have believed if I hadn't read/heard it for myself.  Ishmael's initial encounter with Queequeg is just one of several amusing scenes.  But Moby Dick is far from a comedy.

One blogger has linked to the negative reviews at Amazon.com.  Although I laughed at most of them, I have to agree that the book sometimes lacks flow.  Many chapters seem disjointed and some could even be removed without hurting the story.  There are chapters on whale bones, whale blubber, whale heads, the whale's color, etc.  I finally came to the conclusion that the author was just as monomaniacal about whales as Ahab was about one particular whale.  Yet, this is more than a novel about whales. It's a fascinating look into the hearts of men: their superstitions, their hopes, their motives.  And it's beautifully written.  In spite of the tedious bits, I reveled in Melville's biblical allusions and his luscious metaphors:

On Queequeg deep in the hull: Stripped to his woolen drawers, the tattooed savage was crawling about amid the dampness and slime like a green-spotted lizard at the bottom of a well. (Chapter 110)

On the appetites of the harpooners: While their masters seemed afraid of the sound of their own jaws, they [the harpooners]dined like lords; they filled their bellies like Indian ships all day loading with spices. (Chapt. 34)

I feel inadequate to review this masterpiece and refer you to another blogger who has done it quite well.  I look forward to reading a physical copy of this book in the future to better savor the beautiful language.
Posted by hopeinbrazil at 6:40 PM 2 comments: