The Mill on the Floss by George Eliot

In every single book I've read by George Eliot, the characters are unhappy in love yet press on to do what is right. (Adame Bede, Daniel Deronda, Middlemarch). But Mill on the Floss wins the prize for the most unhappiness.

Maggie Tulliver, grew up with her brother Tom on the Floss River where her father was a mill owner. Although she is twice as smart as her brother, he gets sent off to school and she is left to languish in poverty (both mental and financial). She receives some schooling later, but it is cut short through poor decisions made by her father. Throughout the book she is torn between being dutiful to those she loves and snatching at bits of joy that come her way. She is miserable with a capital "M," but that's all I can say without giving any spoilers.

Eliot's prose is always exceptional and her insights into human nature and human suffering are thought-provoking. Like Trollope, her wit is an occasional, lovely surprise in the midst of heavier text. Nevertheless, I don't know if it could have kept up with this book if it had not been for the audiobook, narrated by Wanda McCaddon. She did a wonderful job with all the voices, making the reader sympathetic to each character no matter their faults and foibles.

Although this was not a happy book, I take my hat off to Eliot for having written love stories that are antithetical to what comes out of Hollywood. The Mill on the Floss may be the only book you ever read that asks the question, "If two people are madly in love, why shouldn't they marry?" and then gives a negative answer. The people in Eliot's books love deeply, but the cost of their love comes very high. Because of that, her stories are unsettling - in a good kind of way.

Posted by hopeinbrazil at 5:09 PM No comments:

The Laws of Murder by Charles Finch

I read a lot of books that I never review because I want to recommend only the best. But I'm breaking my rule for this particular series because it's too good not to mention. Please note that I've read just one book (#8 of the Charles Lenox mysteries), so I can't speak for the other books.

Basic story: Charles Lenox has always loved solving mysteries. After a career in Parliament he decides to become part of a detective agency, but business is tediously slow. When a former colleague is murdered, Lenox plunges headfirst into crime-solving again.

Author Charles Finch was educated at Oxford and Yale, majoring in English and history, and it shows. He gives little sketches of Victorian practices throughout the novel that enrich the story. His writing is excellent in spite of the occasional use of profanity. This particular story includes some references to prostitution, but never crosses over into the tawdry. I appreciated Finch's restraint.

The mystery was good, but it was not what kept me reading. The reason I highly recommend the series is because Finch does a bang-up job of creating characters that you really care about. (90% of the fiction I read in 2016 had unappealing protagonists, which has left me slightly traumatized.)

Charles Lenox is happily married (imagine that!) and so is his friend Dr. McConnell. Other friendships and relationships include the young widow Polly, the former butler who is now in parliament, and amateur detective Lord Dallington.  I loved them all and look forward to meeting them again as I read the whole series. (Although I had not read the previous novels, Laws of Murder gives enough of a back story so that you know who's who.)

The kindle versions of Finch's books are pricey ($10 range) but some of the hardcovers are already available for one cent from Amazon and for free at PaperBackSwap. I got my copy as a free e-book download from my Michigan library. Where there's a will, there's a way!

Scottish author D. E. Stevenson (1892-1973) is a favorite of mine when I need literary "comfort food." But her books are almost impossible to find in libraries and are costly for Kindle. So I was thrilled to nab Amberwell when it was listed for 99 cents last week.

The novel begins with five children being brought up on the family estate of Amberwell. Their life seems idyllic. But as time goes on we see how terribly neglected they are by their parents and how hungry they all are for love. As World War II arrives, each goes their own way, some making poor choices, some suffering through no fault of their own. All of them grow. In spite of the episodes of heartache, I thoroughly enjoyed this book. It's been the first time in ages that I've read a book in "one gulp." I'm disappointed the sequel, Summerhills,  is unavailable for Kindle. (There is an Audible version for $15.)


One of the themes of the book is the gardens. Each owner of the home wants to improve its grounds, but only for show. The children love the place for itself and treasure the weeds as much as the finely manicured lawns. This joy in living is coupled with another theme, the joy of serving. Those who truly love Amberwell are willing to make the sacrifices to keep it running. And they are the only truly happy ones.

Not all Stevenson books are created equal. Though I thoroughly enjoyed the Miss Buncle series (you can ignore the one star rating from a disgruntled Stevenson fan) and have heard raves about the Mrs. Tim books, most of the other titles have fallen into obscurity for a reason. The Gerald and Elizabeth books were just "okay."

Several sources say this is one of three, but I've been unable to find the title for the third book. Anyone know what it might be?

Posted by hopeinbrazil at 6:00 AM 5 comments:

I was looking around for a book challenge targeted at Christian books and found this one at Goodreads. They suggest 52 books in 52 weeks. Even though that is more than I'm aiming for, I decided to join so that I'll have some semblance of accountability.

Here is the challenge:(on the Goodreads page they even list possible titles for each category) The 20+books marked in brown are my (flexible) plans. I'm thrilled to finally be attacking my TBR list of Christian books on my Kindle.

Posted by hopeinbrazil at 10:11 AM No comments: 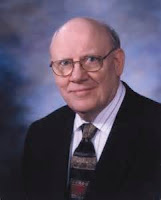 Although Warren W. Wiersbe has worked with Youth for Christ, pastored Moody Church in Chicago, written for Christianity Today, and broadcast his own radio show, he is probably most known today for his "BE" series, an explanation of every book of the Bible for laymen. I recently worked my way through his Genesis series and would like to share a few thoughts.

Be Basic deals with the first eleven chapters of the book of Genesis. If you are wondering why there's so much confusion and destruction in today’s world, one reason is because people are ignoring or rejecting the basics. But that’s like going on a voyage without a compass or radar, or trying to perform brain surgery without lights. Wiersbe goes on to say that to know the book of Genesis is to know the fundamental truths about God, the world, yourself and other people, law, sin, salvation, marriage, faith, and spiritual fulfillment. In addition to these are themes of God-ordained work and rest, male and femaleness, scripture as our authority, and God as covenant keeper. As always, Wiersbe combines his insights with biblical cross-references and memorable one-liners such as, We live by promises, not by explanations, and Faith is living without scheming.

Be Obedient focuses on Abraham. At first I was miffed at having to buy three separate commentaries, but I see now that the life of Abraham demanded its own separate volume. Wiersbe does a great job of explaining Old Testament practices and of teaching the truths of the book being studied within the context of the whole Bible. (From page 62, Take time to read Galatians 3, Romans 4, and James 2, and you will see how Abraham illustrates salvation by faith.). A very helpful commentary and probably my favorite of the three.

Be Authentic covers the lives of the patriarchs that came after Abraham. They were "authentic" in that the Bible does not try to cover up their faults. Yet they trusted God and proved that He can use imperfect people who choose to follow Him. There was a little too much supposition about possible motives for why people did what they did, but for the most part, I appreciated his insights. Again, Wiersbe had me scurrying to read many other Bible verses to put the ones being studied into the context of all of Scripture. One of his NT cross-references which shed light on the Genesis stories was Hebrews 6:12 - It is through faith and patience that we inherit the promises.

All three of these Bible study guides were excellent. By the way, Wiersbe's commentaries cost about $10 each, but I never pay full price for them. By subscribing to e-book bargain sites such as Gospel E-books, I often get them for 99 cents or for free. At the time of this writing, books one and three are priced quite low.