Tolkien on Fairy Stories - a quote 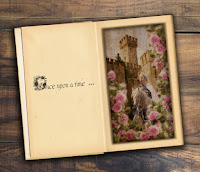 My head is still reeling from the depth and richness of Tolkien's lectures on fairy stories. Until I cobble together a few thoughts for a future blog post, I'll leave you with this quote. The words in italics are words that Tolkien himself coined.

The consolation of fairy stories, the joy of the happy ending: or more correctly of the "good catastrophe," (a eucatastrophe) the sudden joyous 'turn' (for there is no true end to any fairy tale): this joy, which is one of the things which fairy stories can produce supremely well, is not essentially 'escapist' nor 'fugitive.' In its other-world setting, it is a sudden and miraculous grace: never to be counted on to recur. It does not deny the existence of dyscatastrophe, of sorrow and failure; the possibility of these is necessary to the joy of deliverance. It denies (in the face of much evidence) universal final defeat and in so far is evangelium, giving a fleeting glimpse of Joy, Joy beyond the walls of the world, poignant as grief. (p. 75)

I'm always intrigued by any poetry compilation called "Best-loved." Best-loved by whom? Boyes writes that he made an effort in his book to choose poems which are best-known rather than his personal favorites. But I would beg to differ since I was unfamiliar with more than HALF of these poems.

Nevertheless, he has done an exceptional job of gathering together exceptionally beautiful poetry. I didn't enjoy all the selections equally, but there is a general elegance of language in his choices that makes the book a delight. (Walt Whitman's poems were a constant exception to this.)

Boyes separates the poems by category (Nature, Death, Love, Travel, Humor, etc.) My least favorite category was "Irreverence and Satire" precisely because its biting tone took away from potential loveliness. I was befuddled by the inclusion of George Herbert's The Pulley in this section since it is ironic, rather than satirical. I was pleasantly surprised by his section of poems about faith since they are often excluded from modern anthologies. Another treat was his inclusion of "Twas the Night before Christmas," which may not be great literature, but it certainly falls under the heading of "well-loved."

There is very little fluff here. Amidst classic sonnets by Shakespeare and family favorites like "From a Railway Carriage," you'll find many new poets to enjoy. At 600 pages, this is a book to read slowly, savoring a few poems a day.

Posted by hopeinbrazil at 8:33 AM No comments:

Secret Thoughts of An Unlikely Convert by Rosaria Butterfield

I enjoyed this wonderful, non-syrupy testimony of God’s transforming power. Butterfield writes, In the pages that follow, I share what happened in my private world through what Christians politely call conversion. The word conversion is simply too tame and too refined to capture the train wreck that I experienced in coming face-to-face with the Living God.


At the time of her conversion, Butterfield was a tenured professor of English and Women’s Studies at Syracuse University. Her specialty was Queer Theory. She was living with her female partner, was faculty advisor to all of the gay, lesbian and feminist groups on campus, and was writing a book against the Christian Right.
Sadly, the only contact she had ever had with Christians had been hate mail. So when she received a letter from Pastor Ken Smith, inviting her to talk about some of her opinions, she was intrigued enough to accept. Secret Thoughts of An Unlikely Convert recounts her growing friendship with Ken and his wife, and how reading the Bible turned her world upside down.


Because of her secular, feminist leanings, she seethed through every sermon by her pastor. How dare he use male pronouns? But oddly enough she kept coming back for more. Was I a masochist? I wondered. Or was I learning to forbear? I came to believe that my job was not to critique a sermon, but to dig into it, to seize its power, to participate with its message, and to steal its fruit. I learned by sitting under Ken Smith’s preaching that the easily offended are missing the point. I was learning to examine my gender politics against the teachings of Scripture. And I was learning that it was safe to do this.
The first half of the book is about her conversion and the second half is about the subsequent years of ministry, marriage and child-rearing. Her “secret thoughts” are negative opinions about people who put Bible verses up on their lawns, Rick Warren’s (and all mega church's) ministry, and homogenous churches; she has positive opinions about church membership, a capella psalm singing, the authority of the Bible over all of life, and the beauty of the body of Christ when it’s functioning properly. I agree with many of the reviewers at Goodreads who say the second half is weaker than the first. Butterfield may have felt compelled to add the post-conversion info because (as she states early in the book) she doesn't want to be mainly seen as a "poster child for lesbian conversion."

This is a very unusual testimony and a very important book for Christians who want to learn how to break down barriers that hinder them from reaching non-believers.


I've had this on my Kindle for two years and I'm grateful to the 2017 Christian Books Challenge for finally nudging me to read it.
Blessings,

Posted by hopeinbrazil at 2:30 AM 4 comments:

The Classics of British Literature by John Sutherland 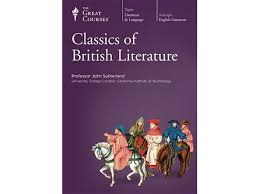 Political correctness has made the study of classic literature a scary proposition. Now that all white male authors are taboo, what exactly are we supposed to read? Knowing the propensity of modern scholasticism to disparage traditional classics,  I went into this series with some trepidation, but, happily, my fears were relieved.

Professor John Sutherland covers 600 years of British literature in witty, bite-sized chunks and he isn't afraid to give each author his due. It's true that he occasionally gives a nod to political correctness, but for the most part I found him to be even-handed. He doesn't ignore the Bible's impact on literature. Nor does he try to portray Jane Austen and Charlotte Brontë as ardent feminists.

One reviewer said the lectures were superficial, but what would you expect with a half hour lecture on Milton? Or Dickens? Several authors merited two lectures (Shakespeare and Austen for example), but most were given a brief overview - just enough to whet your appetite for more. Sutherland is so apt at drawing out the positive traits of each author that he made me want to read every book he mentioned (even the ones I've hated in the past.)

Sutherland extols the beauty of specific novels and plays, while at the same time using precise and lovely language himself. I enjoyed his description of the "verbal technicolor" of The Rime of the Ancient Mariner and of a non-Spenserian knight (i.e. one without a pure heart) as "just another brute on horseback."

Another delight was the way he cited opinions of authors about other authors. One example was that the members of the Bloomsbury group (no paragons of virtue) spoke of James Joyce's works as vulgar. E.M. Forster said, "He covers everything with mud." This brings me to another plus: Sutherland's discretion. He describes sexual tawdriness in books (and in the lives of their authors) without a hint of crudeness, which is no easy feat.

I picked up these 48 lectures when they were on sale at Audible. Little did I know what a bargain I was getting. I look forward to revisiting them in the future. A lovely overview of many wonderful classics.