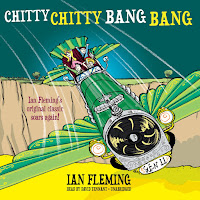 I have a soft spot in my heart for British children's books that include a mix of silliness and wisdom (Think Toad in Wind in the Willows and Eeyore in the Winnie the Pooh books.) Chitty Chitty Bang Bang is a personal favorite and I recently read it to a group of rambunctious second graders. It was the only quiet half hour our class enjoyed each day.

Although I'm a big fan of the movie, it bears no resemblance to the book. So I love the movie for its songs and its joy (not for the Child Catcher or Baron Bomburst), and I love the book for it's sly humor (which the film captures wonderfully via Dick Van Dyke as Commander Potts).

In the book Caractacus Potts not only transforms a junkyard car into a gleaming driving machine, he also discovers the hideout of a famous gangster, Joe the Monster, and has various run-ins with him and his gang of ruffians.  I especially like Fleming's attitude toward his young readers. For the skeptics he offers semi-believable solutions to Chitty's antics, but to the ready-to-believe-anything crowd, he offers up fantastic possibilities.

One example: Fortunately Chitty-Chitty-Bang-Bang had smelt trouble. Heaven knows how, but there it is. There was much about this magical car that even Commander Pott couldn't understand. All I can say is that , as the gangster's low black roadster stole away down the moonlit streets, perhaps its movement jolted something or made some electrical connection in the mysterious insides of Chitty-Chitty-Bang-Bang, but anyway there was the tiny soft whirr of machinery, hardly louder than the buzz of a mosquito, and behind the ornament on the hood, a small antenna, like a wireless aerial, rose softly, and began to swivel after the gangster's car, which was now hurtling up the great main road towards Paris.

What I've been Reading and Watching in August

I live in a country where most churches have been influenced by prosperity theology (the idea that God wants you to be rich and happy) so I was pleased to read the excellent Health, Wealth, and Happiness by David Jones. It carefully teaches the Bible's view  of suffering, wealth, poverty, and giving. The discussion on economics in the Old Testament was brilliant.

Favorite quotes: The Prosperity Gospel promises much and requires little. It stresses the benefits of the cross while ignoring its claims.

Christians view success in terms of status, wealth and position rather than holiness, faithfulness, and obedience to God.

Next I read a vintage mystery called At One Thirty that came in a Kindle book bundle of 350 British Mysteries (99 cents!) I enjoyed it until the end when the detective makes a very bad decision. It was intriguing to have a blind detective who could "see" more clues than others. This was also a main idea in a book I read last month called The Four Feathers. BTW, a fun vintage movie about a blind detective is Eyes in the Night. (The main actors are good, but, unfortunately, it has the stereotypical view of African Americans from that time period.)

Finally, I read The Thirty-Nine Steps by John Buchan. This was my third time through and it was probably the most enjoyable book I've read this year. Afterwards my husband and I watched the 1935 Alfred Hitchcock movie version, which is very different from the book, but loads of fun.

Since I began subbing at the American school last week, I've had no more time for personal reading. But I am reading classic stories to the class including The Five Chinese Brothers by Claire Huchet Bishop and Chitty-Chitty-Bang-Bang by Ian Fleming. I'm listening to House at Pooh Corner as I prepare evening meals.

So, although I'm not reading as much as I'd like to, I'm enjoying my literary snacking. 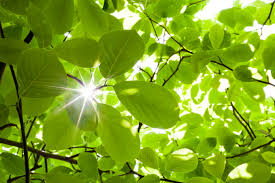 She saw beauty in ordinary little things and took pleasure in it . She took pleasure in a well-made cake, a smoothly-ironed napkin, a pretty blouse, laundered and pressed; she liked to see the garden well dug, the rich soil brown and gravid; she loved her flowers. When you are young you are too busy with yourself - so Caroline thought - you haven't time for ordinary little things, but, when you leave youth behind, your eyes open and you see magic and mystery all around you; magic in the flight of a bird, the shape of a leaf, the bold arch of a bridge against the sky, . . . the wind in the trees, an apple-branch clothed with pure white snow, and icicles hanging from a stone and sparkling with rainbow colors . (From Vittoria Cottage by D. E. Stevenson)

May you have a restful weekend with time to enjoy some of these sweet and simple pleasures.

Wives and Daughters by Elizabeth Gaskell

She was left alone, lying on the sofa—
books near her, wood crackling and blazing,
wafts of wind bringing the beating rain against the window,
and so enhancing the sense of indoor comfort by the outdoor contrast.

This is just one example of the many lovely turns of phrase in Wives and Daughters, which is the story of a widowed doctor, Robert Gibson, and his seventeen year old daughter Molly. It tells of her struggles when her father remarries and her determination to think about her father's needs and not just her own. Though she is not always successful in subjugating her hurt feelings, Molly soldiers on, doing her best to love others unselfishly. Her selfless love is in sharp contrast to the shallow emotions of some of the more beautiful and sophisticated women in the book.

This book is somewhat like a Trollope novel in that you have to wade through a lot of pages (almost 600 on my Kindle version) to get to the happy ending, but I enjoyed how well each character was fleshed out and I liked the occasional literary references such as this one from page 234: "She had confessed with her English tongue that she loved him soundly with her French heart," which Gaskell's readers would have recognized as a quote from Shakespeare's Henry V.

Because I'm a fast reader, I stuck to my Kindle version for the most part, but whenever I was working in the kitchen, I switched to the lovely Librivox version. (25 Hours!) Elizabeth Klett does a terrific job with all the accents, but I especially enjoyed her soft Scottish burr for Mr.Gibson.

Two important caveats: The book contains a few unfortunate references to the lack of intelligence of "black folks" (Ethiopians). And Elizabeth Gaskell passed away before completing the book so although it's very clear how the story will end, it is lacking the final chapters.  But please don't let that keep you from reading this gentle domestic drama, a true gem of the Victorian era.

The BBC DVD version is lovely too.