A heart clogged with care is like a man trying to swim with heavy clothes upon him, he must get them off if he hopes to swim to shore. Many a sailor has cut his clothes to pieces, because he felt he should sink if he did not get clear of them. I could wish that many Christians would tear themselves away from their excessive worldly engagements, for they have such a mass of care upon them that they scarcely keep their heads above water. Oh, for more grace and less worry! More praying and less hoarding! More intercession and less speculating! As it is, prayers are sadly hindered. - Charles Spurgeon
(Photo by Kyle Glenn on Unsplash)

Pray without ceasing. How can one do it who is surrounded by the cares of daily life? How can a mother love her child without ceasing? How can the eyelid, without ceasing, hold itself ready to protect the eye? How can I breathe and feel and hear without ceasing? I can do all these things because they are the functions of a healthy, natural life. And so, if the spiritual life is healthy, under the full power of the Holy Spirit, praying without ceasing will be natural… Pray without ceasing. How can I learn it? The best way of learning is to do a thing – in fact, the only way – is to do it. Begin by setting apart some time every day, say ten or fifteen minutes, in which you say to God and to yourself, that you come to Him now as an intercessor for others. If at first you do not feel any special urgency or faith or power in your prayers, let not that hinder you. Quietly tell your Lord Jesus of your feebleness; believe that the Holy Spirit is in you to teach you to pray, and be assured that if you begin, God will help you. - Andrew Murray

Posted by hopeinbrazil at 7:00 PM No comments: 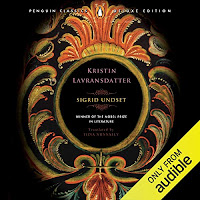 I hesitated to write this post since I haven't been faithful to keep my goals for the last few years. I prefer to read where the spirit takes me and to not be tied down to a list. That said, last year I began to think seriously about reading certain classic works on a regular basis and the only way to do that is to set goals. My specific goals are now fairly simple: one title each year from Shakespeare, Dickens and Austen.
The Literary Life Podcast gang has a list of 19 genres they want to cover in 2021. I don't intend to complete their list, but due to "positive peer pressure" from the group, I'm going to attempt three chunksters that I have long avoided: Kristen Lavransdatter (I have the 45 hour audiobook), Anna Karenina (35 hours), and Bleak House (800 pages). If these are the only books I read this year, I'll be satisfied.

Since I'm planning to read lighter material in between, I'll also be reading one Shakespeare play and Silas Marner (also with the Lit Life group). There were two Victorian titles I did not read for Victober 2020 that I'd like to tackle this year: The Love Letters of Robert and Elizabeth Barrett Browning, and something by Cardinal John Henry Newman. Lastly, there were several Christmas titles I could not fit in that I'd like to make room for this December: Hercule Poirot's Christmas and Silent Night: Christmas Mysteries by Martin Edwards.
I haven't decided which Austen title to read yet.
Anyone else have formal or informal reading plans for 2021?
Blessings,

Posted by hopeinbrazil at 7:00 PM 4 comments: 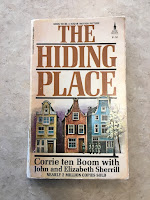 Sometimes reading non-fiction is like taking a vitamin pill. I do it because I know it's good for me, but my appetite naturally runs toward a well-written story. In The Hiding Place there is no dichotomy between the two. It tells the true story of Corrie ten Boom and her family's work in protecting Jews during the Nazi occupation of Holland. It chronicles their quiet life as watchmakers and how they became involved in the Dutch underground. The dangers they face increase with every chapter.
Early in the book a young Corrie cries out to her father that she doesn't want him to die. He comforts her by reminding her that when they travel on a train together, he gives her the ticket just when she needs it to board. So, also, God gives the grace to face each trial just when it's needed. That conversation set the tone for the rest of Corrie's life. With each new trouble, God provided the necessary strength.
The first chapter recounts the 100th anniversary of the watch shop and Corrie writes, It was a day for memories. A day for calling up the past. How could we have guessed as we sat there - two middle-aged spinsters and an old man - that in place of memories we were about to be given adventure such as we had never dreamed of? Adventure and anguish, horror and heaven were just around the corner, and we did not know. O Father! Betsie! If I had know would I have gone ahead? Could I have done the things I did?
The book is chock full of wonderful stories, some humorous, some horrifying, but all pointing to God's faithfulness. As I read, I grew to love Corrie's wise and good father, her beauty-loving and gracious sister, and especially Corrie, herself, who was used powerfully by God in spite of her doubts and shortcomings. She never brags. Much to the contrary. Every line of the book seems to say, "If God could use me, He can use anybody." I can't give more details without spoilers so I'll close with a hearty five-star recommendation. If you want your faith in a powerful, miracle-working God to grow, this is the book for you.
Blessings,

Posted by hopeinbrazil at 9:42 AM No comments:

I usually look back over my list of completed books and find my heart singing over certain titles that I read during the year. But, as I've stated many times, the multi-layered stresses of 2020 made it a very difficult year for engaging fully with the books I read. Almost every one of them was a slog.
Stumbling upon the fourth Tommy and Tuppence novel at the end of September was a turning point. Suddenly, I had a book to look forward to. Instead of barely getting through one book, I was back to reading three or four at a time. My reading slump was over!
So here are my favorites from the year.

Most effortless fun: Two new-to-me D.E. Stevenson titles: Five Windows and The Empty World
Most enjoyable classics (both re-reads): Persuasion by Austen and (an annotated) Jane Eyre by Charlotte Brontë
Hardest-to-put-down: all the audiobooks in the Tommy and Tuppence series (I listened for free on YouTube).
Most inspiring: The Hiding Place by Corrie Ten Boom
Best children's lit: Emily of New Moon by L.M. Montgomery (first in a trilogy)
The most work, but worth it: John Wesley's 52 Sermons which I read for a few minutes a day all year.
To be honest, the book that really got me through the year was the Bible. My husband and I have always had our own personal devotions, but this year we started reading a scripture passage out loud together after breakfast. Hearing the words was life-giving in the midst of so much uncertainty.
Goodreads says I read 92 books, but five were DNFs.
What were your five star reads for the year?
Blessings,

Posted by hopeinbrazil at 7:08 AM 4 comments:

A Christmas Carol by G.K. Chesterton 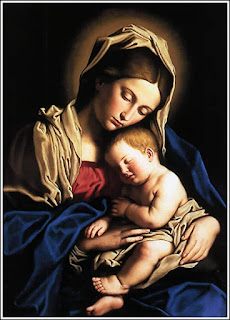 Posted by hopeinbrazil at 12:27 PM No comments:

N or M? by Agatha Christie 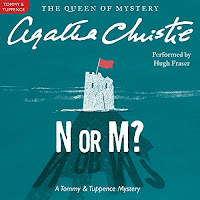 In book three of the Tommy and Tuppence series, N or M?, the Beresfords are feeling sidelined by their age. It’s spring of 1940. World War II is raging and Tommy is too old for anything but government paper-shuffling jobs. As the story begins, he and Tuppence are reviewing past escapades and wishing they weren’t so “useless” for their country’s present needs. Happily, the opportunity arises for the two of them to become involved in a hunt for fifth columnists.

Aside from giving us a top-notch mystery, Christie also deals with deeper questions such as patriotism and prejudice.  Some of the characters wonder if loyalty to one’s country is worth dying for. Is ANYTHING worth dying for?, they wonder. Others discuss their hatred of the Germans and how it is easy to hate them as a whole, but harder when you think of them as individual mothers and shopkeepers, etc. The story was written in 1941 so I find it interesting that any sympathy for the Germans was expressed at all.

I loved all the literary and biblical references. One woman is described as having a fiercely determined look like Jael as she drove the stake through Sisera’s brain (Judges 4:21). One of the key plot points is based on the story of King Solomon.

The spy was caught about 2/3 of the way into the book and I wondered how Christie would fill up the rest of it. I needn't have worried! I spent most of my Sunday afternoon listening to the last two and a half hours because I couldn't wait to see what happened. Those final chapters were full of surprises and the closing paragraphs were warm and funny.

This is another remarkably clever book by Christie. I highly recommend the audio books in this series if you can find them. (They are on YouTube if your library doesn’t have them.) Be forewarned. There is more swearing in this book than in the rest of the series. You can skim over it in print, but not the audio. I linked to the single Kindle volume above, which is $5.99. Unfortunately, I can no longer find the deal of all five books for $1.99. 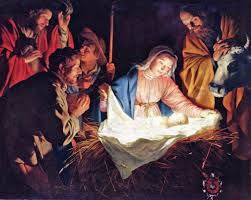 Most of us will be having quieter Christmas celebrations this year. And that's okay. It's a good thing that we'll focus less on shopping frenzies and over-full calendars and have more time to pay attention to the real meaning of the season.
I am reading some Christmas-themed books (A Christmas Carol, Shepherds Abiding and Letters from Father Christmas). I also plan to listen to Hercule Poirot's Christmas on YouTube, narrated by Hugh Fraser. In my early days of blogging I wrote about two free audiobooks that you might enjoy.
We are getting ready for our annual viewing of the movie, The Nativity Story, reviewed here. I also have some suggestions for lesser-known holiday films here. Last of all, I'm enjoying quiet, worshipful music in addition to the peppier tunes. Another blog post from yesteryear highlights some of those songs.
May you have a peaceful and blessed Christmas,

Posted by hopeinbrazil at 1:00 AM No comments: