We have been back in the U.S. for a few months and although we've been busy with speaking, travelling and family get-togethers, I've had a few opportunities to zip into thrift stores and find a few fun books. I have been wanting to re-read the Mitford series by Jan Karon  and since I don't own any of the books, I was glad to find books 1-4 along with the Mitford Bedside Companion for a few dollars in a Kentucky Goodwill. Later, back in Michigan, I found two Miss Read books (Village Affairs and The World of Thrush Green). And an Elizabeth Goudge anthology called A Book of Comfort. I look forward to more treasure hunting in the coming months.

Posted by hopeinbrazil at 11:23 AM No comments:

Bel Lamington is a hard-working, yet friendless, young secretary scrapping out a living in 1960s London. Life has thrown her some unpleasant surprises, but some wonderful pleasures are also in store. Bel is painfully shy and Stevenson runs the risk of making her too mousey at times. But one of Bel's new friends thinks her self-effacing ways contribute to her beauty and wishes she were as humble. I could identify with this heroine's deep-seated insecurities, which is why I found her to be likeable and believable. I also enjoyed watching her grow and flourish.

In the first novel Bel makes new friends and faces several trials on the road to happiness. In the second book, Fletcher's End, she and her new husband are house hunting and the focus changes to the home they choose. This is not the first time that Stevenson has given a home its own personality (Celia's House, Amberwell) and part of the fun of this sequel is watching Bell unearth the secrets of the cottage.

One of the strengths of Fletcher's End is its handling of the subjects of Christianity and vocation. Modern novelists can't seem to talk about either without heavy-handed preaching. But Bel and Reggie Stephenson converse quite naturally about his faith and calling in chapter 15.

Even though Stevenson is light reading, I don't consider her fluffy. The romance angle is rarely the main thing, and the characters often share witty, literary banter. I also enjoy her rich vocabulary (alacrity, myrmidons, salubrious, etc.)

Both books are free through Kindle Unlimited or can be purchased together for $4.99.

Be Free by Warren Wiersbe (Commentary on Galatians)

Since we don't have to "do" anything to earn salvation, how do we avoid erring on the side of complacency or mediocrity in our Christian walk? What exactly are we free to do and how can we be sure our freedom doesn't lead to licentiousness? Warren Wiersbe sets out to answer these questions in Be Free, his user-friendly commentary on the book of Galatians.

I've read a dozen of Wiersbe's commentaries on the Bible and while they were all excellent, this one stands out above the others. This may be because I spent many years of my Christian life trusting in outward actions to measure my spiritual maturity. I was a legalist with a capital "L."

Wiersbe writes, What is it about legalism that can so fascinate the Christian the he will turn from Grace to the law? For one thing, legalism appeals to the flesh. The flesh loves to boast about its religious achievements. The person who depends on religiosity can measure himself and compare himself with others.

I loved it when he cited F.D.R.'s four freedoms (of speech, of religion, from want and from fear) and added a fifth freedom: freedom from sin and self. Only those who deliberately misread Bible verses about grace will use them to validate sinful choices. Liberty does not mean license, says Wiersbe. Rather it means the freedom in Christ to enjoy Him and to become what He has determined for us to become. It is not only freedom to do, but also freedom not to do. We are no longer in bondage to sin. But can Christians take this whole freedom thing too far?? Not according to Wiersbe: No man could become a rebel who depends on God's grace, yields to God's Spirit, lives for others, and seeks to glorify God.

As I read through the book of Galatians, using the comments in Be Free, I said many a "hallelujah" for the Lord's kindness in bringing me from a works-based faith to a faith that is dependent on His mercy. I still slip up sometimes, but the Lord gently calls me back to Himself.

In closing: The unsaved person wears a yoke of sin; the religious legalist wears a yoke of bondage; but the Christian who depends on the grace of God wears the liberating yoke of Christ. (Matthew 11:30)

Posted by hopeinbrazil at 6:25 AM 3 comments:

The Five Most Influential Books in My Life 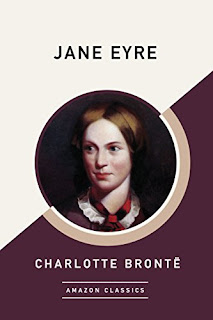 While preparing for my latest move, I came across a letter I wrote to my mom a few years ago about the five books (apart from the Bible) that have had the biggest impact on my life. These are not necessarily the books I have loved the most, but they all had a profound effect on my behavior.

1) Jane Eyre influenced me as a teen to stay true to my convictions no matter what.
2) My Utmost for His Highest showed me that Christianity is not for wimps.
3) Edith Schaeffer's books reinforced what my mother taught me about the value of making a home where people are loved and nurtured into the Kingdom.
4) How to Really Love Your Child by Ross Campbell radically changed my parenting style.
5) British author Anthony Trollope transformed my reading tastes from "I will read almost anything" to "Don't insult me with your fluff." (!)

What about you? What books have most influenced your life?

Posted by hopeinbrazil at 3:28 AM 2 comments: