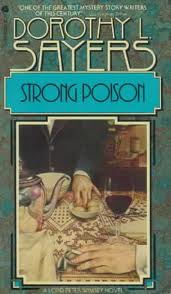 A novel about a man who falls in love with a woman who is on trial for the murder of her lover is not my usual reading fare. But because famed English novelist Dorothy Sayers wrote it, I took a deep breath and reserved my judgment until I’d finished the book.

Wealthy Lord Peter Wimsey, amateur detective, was introduced in Sayer’s 1923 novel, Whose Body? Strong Poison came four novels later and in it Sayers interjected a love interest for Wimsey in the form of Harriet Vane.  (Miss Vane, however, is no easy catch, and puts off matrimony until novel number ten.)

There are a lot of characters to love in this book.  Wimsey is charming, funny and kind.   His valet, Bunter, is every bit as clever and endearing as Wodehouse’s Jeeves.  Miss Climpson and Miss Murchison are part of Wimsey’s “Cattery”, a group of unsuspicious looking spinsters whom he hires to do sleuthing for him.  They are darling in their determination to help Lord Peter prove Harriet’s innocence.

My final verdict: The book is well-written, the characters are engaging, the mystery is intriguing, and the dialogue is terrific.

Here is a sample from page 97:  At half-past four on the day which ended so cheerfully for Lord Peter, [Bunter] was seated in the kitchen of Mr. Urquhart’s house, toasting crumpets . . . . It was natural that the conversation should turn to the subject of murder.  Nothing goes so well with a hot fire and buttered crumpets as a wet day without and a good dose of comfortable horrors within.  The heavier the lashing of the rain and the ghastlier the details, the better the flavor seems to be.  On the present occasion, all the ingredients of an enjoyable party were present in full force.
Posted by hopeinbrazil at 5:17 PM 6 comments:

I never pay full price for a book, but when I saw The Truest Fairy Tale, I not only bought it new, I ordered it all the way from England.  It’s an anthology of the religious writings of Chesterton edited by Kevin L. Morris.

Everyone loves Chesterton’s pithy quotes, but sometimes it’s just plain hard work to read his books because they are so dense with epigrams that you can barely sift through them.  I thought that this book would ease the pain, by pulling out the best ideas from each book to save me the trouble of slogging through.  I found another problem, however:  Gems pulled out of their settings sometimes lose their sparkle.

Nevertheless, I was enamored with the book’s concept and kept plugging away.  The title reflects Chesterton’s child-like wonder over the world and its mysteries.  Science, he says, cannot explain why an egg turns into a bird.  The only answer to that is “magic.”  He scoffs at a science that boils the world down to facts that ignore the spiritual and the supernatural.

From his book, The Thing he writes, The Faith gives a man back his body and his soul and his reason and his will and his very life.  The man who has received it receives all the old human functions which all the other philosophies are already taking away.  He alone will have freedom.  He alone will have will.  He alone will have reason, since ultimate doubt denies reason as well as authority.  He alone will truly act, because action is performed to an end.  All [society’s] hardening and hopeless despair of the intellect will leave him at last the only walking and talking citizen in a city of paralytics.

I believe in fairy tales, said Chesterton, in the sense that I marvel so much at what does exist that I am the readier to admit what might. p. 44

I could include many more Chesterton quotes, but I think I’ll save them for next week.

I mentioned in a previous post that while homeschooling my sons, I did a lot of soul searching about the value (or harm) of fairy tales.  Some of the books that helped finalize my decision are listed here.

Posted by hopeinbrazil at 7:20 PM 2 comments:

Death of the Printed Encylopedia 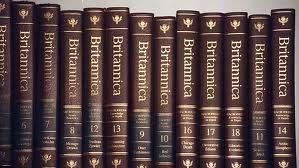 I've read various articles lamenting the end of Encyclopedia Britannica's print editions, but none was so poignantly written as the one by Albert Mohler. You've got to love a guy who read encyclopedias in junior high!
Posted by hopeinbrazil at 5:52 AM No comments: 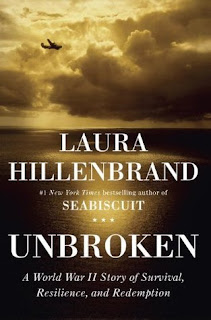 After reading Unbroken, I have only one thing to say:

Actually, I have a lot to say, but to avoid spoilers, I’ll try to condense my thoughts.

I’ve read half a dozen books by former POWs which made me a little nervous that I’d be underwhelmed by this one.  I needn’t have worried.  Louis Zamperini’s story is broader than his POW experience and Hillenbrand is a masterful storyteller. It is a tribute to her writing that whenever my husband asked me to read something out loud from the book, I never had to search for interesting passages.  I just shared from the exact spot where I was reading and everyone in the room sat transfixed.

Born in 1917, Zamperini was a kid who couldn’t stay out of trouble.  His hair-raising escapades kept his parents (and the local police) on edge. As a teen he was encouraged by his brother Pete to take up running.  He ran track in high school and his records were so impressive that he made it to the 1936 Olympics in Berlin, the youngest U.S. qualifier in the 5,000 meter race.  When World War II arrived, he joined the U.S. Army Air Forces as a bombardier. The details of his brushes with death (even before being taking as a POW) coupled with the horrors of his internment make Louie’s story almost impossible to put down.

You do not have to be a history buff to enjoy this book.  It is a masterful piece of writing about an extraordinary man who refused to give up hope no matter how difficult the circumstances.
Posted by hopeinbrazil at 6:25 PM 3 comments: 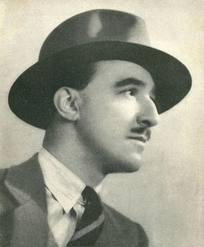 Little did he know that the Battle of Britain was just around the corner and that Britain’s “phony war” was about to become astonishingly real.  This book is recommended for anglophiles and WWII buffs who like stories of the homefront.   (But if you are looking for a quick, exciting read, you’ll want to pass on this one.)
Posted by hopeinbrazil at 6:35 AM 1 comment: