A Word to Ponder - Intolerance 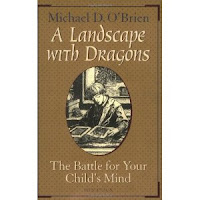 Perhaps it would not hurt to be reminded that the Incarnation was, in fact, an act of colossal intolerance on the part of God, by which I mean to say that it was an act of immeasurable love. He loved us so much that he would not let us die in our sins. He was intolerant of our slavery and was born among us for the express purpose of doing something rather drastic about it... It may well be asked if such a tainted word can be properly used to describe a characteristic of God. He is, after all, rich in mercy and slow to anger. But it must be remembered that both the Old and New Testaments speak of times when the justice of God must act - for he will not permit evil to devour everything.

... This is the intolerance of the physician who is prejudiced against viruses because he has seen an epidemic ravage a people. This is the intolerance of a mother who fiercely protects her little ones from predators. She suffers from a bias against rattlesnakes and wolves. This apparent narrowness is the wisdom of those who have known many roads and have found only one sure route out of the regions of desolation.

Posted by hopeinbrazil at 11:51 AM

Of late, the word *intolerance* is lacking in social lustre.

We would do well to remind ourselves of descriptions like this one from O'Brien.

Thanks for the highlight ~