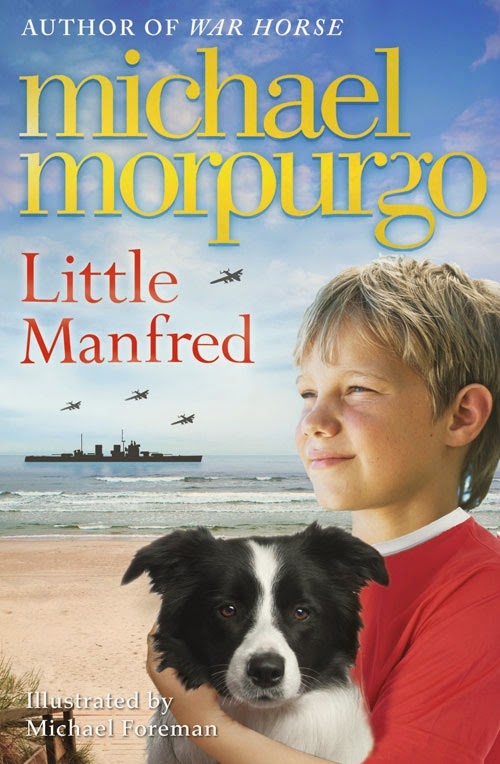 Little Manfred is a short children’s book about a German P.O.W. who is interned in England and who stays for a few years after the war to work on a farm. (This was not a choice, but a part of his punishment before being repatriated.) Many years later he returns to England to try to bring closure to his experience.

To avoid spoilers, I will only say that Morpurgo has written a gem of a book, conveying the conflicting feelings of men in war (but in manner that’s not too overwhelming for children). It’s a sweet story of friendship in spite of very real barriers. And in a small way, it’s a tale of hope and healing. It’s what Morpurgo does best. He takes a big story like the War and skillfully weaves people’s smaller stories into it, resulting in a lovely book.

I expected to like Little Manfred since it was written by Murpurgo (of War Horse fame) and was about World War II, but I didn’t expect the serendipitous references to the 1966 World Cup  – quite appropriate, considering the Cup games beginning in Brazil this week. Now even my history/soccer-loving husband wants to read it!

More about Morpurgo can be found in this earlier post.
Posted by hopeinbrazil at 12:00 AM

Sounds inviting. This time around the World Cup is on at a respectable hour over here for most of the games.