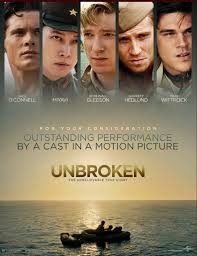 We all know the movie is never as good as the book, but the movie Unbroken is still worth your time.

Quite a few Christian movie critics said it fell short of the book, especially with regards to Zamperini's conversion to Christianity. But looking at it from a secular angle, it was surprisingly faith-filled. Several people in the film are shown praying. Evil is shown as evil and it is conquered. The movie ends with a clear indication of Zamp's change of heart toward his enemies. And, best of all, the Christians in the movie are not made to look like complete imbeciles.

Did I have to shut my eyes through some of the more violent scenes? Yes. Was there swearing? Yes, but it was unusually restrained for a war movie. Was it a story full of hope and courage in spite of incredible circumstances. Absolutely!

Lastly, it was visually stunning. Some of the images were dazzling in their symmetry and perfection. Kudos to director Angelina Jolie for not over-cluttering the film with dialogue in places where the screen shots could speak for themselves. Though definitely not a "chick flick," this would be a good date movie. 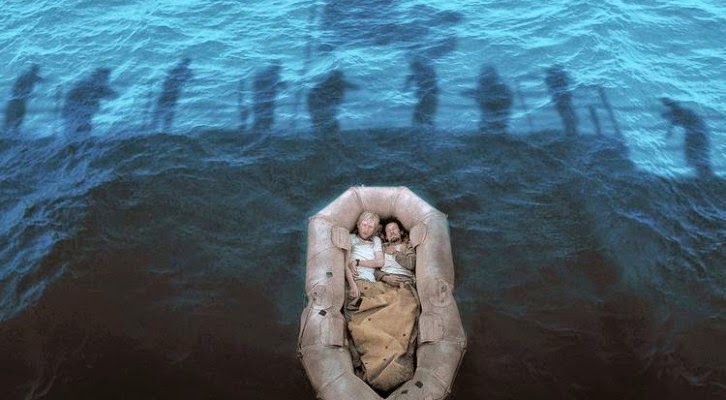 Posted by hopeinbrazil at 8:07 AM

This sounds like a great date movie with my husband! Thank you! :) Btw, we all LOVED (with a little fast forwarding) The Scarlet and the Black. A new favorite in our family! :)

Dh and I saw it the day after Christmas, and I totally agree with your review. I had a HUGE beef with the theater, though, because it showed the preview for 50 Shades of Grey before this movie. I was livid.

Amy @ They Call Me Mommy, I'm so glad you enjoyed the movie. Wasn't the ending something?!

Thanks for this! We haven't seen it yet, but I am so looking forward to it. The book was one of my all-time favorite reads.

YES! We were sooo moved by the ending! :)