The Rosemary Tree by Elizabeth Goudge 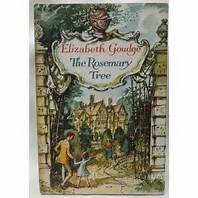 I have always been an Elizabeth Goudge fan, but even more so now that I've read The Rosemary Tree. Her books have biblical themes (sacrificial love and growth through suffering), but, thank goodness, she's never preachy.

The beginning of the story is dismal. John Wentworth, the bumbling but good-hearted vicar, thinks he is a miserable failure. His wife (who married him on the rebound of a hurtful relationship) has never been happy. His children are in an awful school. But when an ex-convict wanders into their village, people start to take a hard look at themselves and begin to extend grace to one another.


Knighthood is a constant theme in this novel. John even has a car named after Don Quixote's horse, Rozinante. In the eyes of his unhappy wife, John is anything but knightly, but as she comes to a clearer understanding of her own hollowness, she finds that he is (and always has been ) chivalrous. Goudge constantly contrasts valiant knights with humble men of faith:

[Harriet] liked these gray days. They had their own beauty. When the sun was out the world was a young knight riding out with armor flashing and pennon flying, but on a day like this it was an old beadsman turned to his prayers, wrapped in a dun cloak of stillness and silence. (p. 10)

Michael had never been in the presence of a man who possessed such a depth of innocence. One could almost bathe oneself in it, as one bathed oneself in the soft air of the west country. And why not? The worth of one man was surely as much at the service of another as the warmth of the sun, if that other had a sufficient realization of his need for it. (p. 236)

When one of the children is reprimanded for having filthy feet, she replies, Living is dirty work, but I like it, which pretty much sums up the theme of the book. Loving your neighbor is messy business, but worth the effort. Even the weak. . . . in kindness is made strong. (p. 313)

A very worthwhile read.
Posted by hopeinbrazil at 7:06 PM

I agree, a totally lovey read!

Thank you so much for your recommendations. I will have to look for this book, as I have for many others you have suggested. I was privileged to get a book from you when you were downsizing, and I have enjoyed it very much. Keep on reading and posting!

I've got this book on my PBS wishlist. I pray it comes my way soon! Thank you for the encouraging review.

This is one of my favorite books of hers, I also loved "The Scent of Water".