The Genius of Jane Eyre 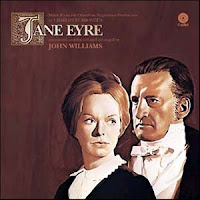 As an INTJ I rarely gush, but I could jabber like a fool about Jane Eyre. I've read it so many times that I've lost count. I remember writing a paper about the book for my Freshman Composition class in college and having my professor scoff at my infantile gleanings. Whatever.

Thirty-five years later I may not be any more of a literary expert, but I am certainly much more familiar with its main characters and themes. I've read the Brontë family canon and various books about the siblings, but Jane Eyre still stands out to me as the brightest of the family gems.

It's stunning to think that a sheltered pastor's daughter in Victorian England was capable of such beautiful writing, witty repartee, and insights into human nature. This time through I saw dozens of metaphors. parallels, and incidents of foreshadowing that I never noticed before. If you've never read Jane Eyre, please read no farther because I'll be including spoilers.

My favorite discovery was looking up the meaning of Bridewell, one of Rochester and Blanche's charades in Chapter 18. Oh my word! Is it just a coincidence that Bridewell was the first English prison? Could the reference possibly refer to Rochester as a prisoner in a loveless marriage?

Several rich contrasts hit me for the first time in this reading: Jane visited her dying aunt in the room where she had been sent as a child to ask forgiveness for wrongs she had never done. Eight years later she gives her full and free forgiveness there. Then there were the two horrible Reed sisters vs. St. John's sisters. And both Rochester and Jane disdain the worth of their rivals so much as to not be capable of feeling any real jealousy (Miss Vale's lover and Blanche Ingram respectively.) Both St. John Rivers and Mr. Rochester exert a certain power over Jane. She gladly calls one of them her "master" and retains her own identity in his company, but she says of Rivers, "vivacity in me was distasteful to him. I did not enjoy my servitude."

I loved all these revelations because it shows high tightly-knit the story is. It's MUCH more than a  Victorian sensation novel. Someday I'd like to read the annotated version. I'm sure it would reveal even more of Brontë's genius.

Posted by hopeinbrazil at 11:30 AM

After reading your post, I have put Jane Eyre on my must read list. I read it in high school, and I must admit, I missed much of its richness because I just needed to get through it in order to write my book report and pass the test. (Cliff Notes were strictly verboten and I had to adhere to the code of honor). So, I will reread. It will be nice to escape into its pages. Thanks for the review.

This is one of my favorite novels. Thanks for alerting me to the annotated edition! I've been wanting to read this again some time, and that would be a good edition with which to do so.