Books on the Covenants 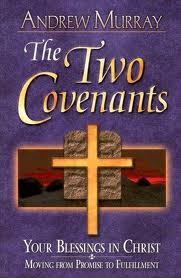 My Bible study group is going through an eleven-week Precepts course on the covenants.  The course is excellent in itself, but I’ve learned even more as I’ve looked into additional resources.

Kevin J. Conner has written a book called The Covenants, in which he highlights all nine covenants in the Bible.  (Who knew there were nine? I didn’t.)  It is very detailed and written in outline form so it doesn’t seem “readable” at first glance.  However, it is extremely informative and one can dip into (or skim over) chapters of choice.

Another book is Aliyah by Richard F. Gottier.  Gottier’s book emphasizes one aspect of the Abrahamic covenant, the land of Israel.  “Aliyah” means the immigration of Jews into Israel and the author writes, “The re-gathering of God’s chosen people from the farthest corners of the earth is the great fulcrum around which He is orchestrating the final moments of history.”  Although I appreciated Gottier’s thoughts, his narrow focus made the book less personal than the other sources.

Last, and best of all, was The Two Covenants by Andrew Murray, the writer of many devotional classics.   In this book he compares the Old and New Covenants and expertly explains why the first one (in its seeming inadequacy) was necessary before the advent of the second.

The Old Covenant was indispensably necessary to waken man’s desires, to call forth his efforts, to deepen the sense of dependence of God, to convince of his sin and impotence, and so to prepare him to feel the need of the salvation of Christ. (p. 28)

This is only one of dozens of passages I underlined.  Murray writes that if Christians had a true understanding of the nature of their covenant-making and covenant-keeping God, they would have the faith to move mountains.  His Two Covenants is one of the most inspirational books I’ve read in years.  Highly recommended!  (I bought it for 99 cents on my Kindle, but had to get a paper copy so that I could read and re-read favorite passages with more ease.)

Later postscript: One additional book I’ve read on the covenants is By Oath Consigned by Meredith G. Kline.  This book is not written for laymen because it assumes that the reader has prior familiarity with various Greek and Hebrew words as well as with numerous scripture references.   I was able to read it only because I’ve been to seminary and because I’m very interested in this subject.

I was disappointed to read that the study of the covenants is sometimes called "Covenant Theology" and is considered to be a doctrine of the Reformed Church, which may be why I’ve never heard about it before, since I’m not from that church tradition.  I have loved immersing myself in this subject via the Scriptures and feel sorry that it is determined to “belong” to one denomination or another.   Whether or not it ultimately points to election, it is a valid and important Bible theme.  I’m much richer for having studied it.

Posted by hopeinbrazil at 6:28 PM

The Kindle is wonderful in many ways, but the reading and re-reading is a problem, isn't it? I do hope that paper books will be available for the rest of my life, at least, so that I can enjoy paging back and forth and exploring my books out of page order.

Never heard of this one, but it looks good. Thanks for the great review! :)