While tying up loose ends before our move I finally finished The Truest Fairy Tale, an anthology of the religious writings of G. K. Chesterton. Here are the quotes I culled from the last half of the book:

Alone of all creatures, man is not self-sufficient, even while he is supreme. . . .  Why the lord of creation is a cripple is an open question; but some maintain it is because he once had a bad fall.

Charity means one of two things - pardoning unpardonable acts or loving unlovable people.... Christianity divided the crime from the criminal. The criminal we must forgive unto seventy times seven. The crime we must not forgive at all. It was not enough that slaves who stole wine inspired partly anger and partly kindness. We must be much more angry with theft than before, and yet much kinder to thieves than before.... Those underrate Christianity who say that it discovered mercy; anyone might discover mercy.... But to discover a plan for being merciful and also severe - that is to anticipate a strange need of human nature. For no one wants to be forgiven a big sin as if it were a little one. (Orthodoxy) 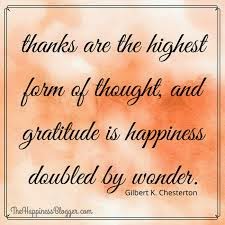 Supper compilation about gk chesterton. Thanks for sharing!!