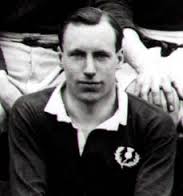 I was looking for a good missionary biography and found this one on Eric Liddell available for Kindle. Anyone who has seen the 1981 movie Chariots of Fire knows the story of the runner who shot to world fame after his amazing performance in the 1924 Olympics. But while the movie majors on his athletic ability and minors on his faith, Julian Wilson’s book, Complete Surrender, does the opposite. He passes lightly over Liddell’s Olympic accomplishments and focuses on his evangelistic work and on his eight years as a missionary in China.

Despite his dazzling success on the running track and meteoric rise to national prominence Eric Liddell remained modest and unaffected. Those who knew him well knew he was more concerned with what God thought about him than what the people around him thought. His one overwhelming concern was to do what was pleasing to God.

Most of the testimonies in the book refer to his kindness and unselfishness, particularly after the Japanese put him in an internment camp (during WWII) where he cared for those who were weak and sick. The overcrowded camp with its horrible food and appalling living conditions caused the majority of its inmates to grumble and quarrel.  Eric, on the other hand, sought to be a peacemaker by sowing seeds of encouragement. He taught math and science, planned sports activities and puppet shows and taught the children how to play chess and checkers.

Camp policy was to have no games on Sunday, but a group of bored teenagers defied the ruling one Sunday and organized a boys versus girls hockey match. Without a referee, tempers became frayed and the match ended in a brawl. The following Sunday, Liddell was out on the field umpiring. “Eric decided it was far more important that the youngsters played and worked together in harmony than it was to keep his Sabbatarian principles inviolate” according to his close friend Joe Cotterill. So the man who gave up the chance of winning a gold medal in the 100 meters at the Olympic games, because he refused to run on Sundays, was prepared to sacrifice his principles for the sake of fostering a spirit of peace and unity among the young people.

The book contains many more amazing stories. But Wilson is careful to emphasize that Liddell was just an ordinary man who walked in complete obedience to Christ. Eric's favorite theme when he talked to young people was “a God-controlled life” and his last words were, “Annie, it’s complete surrender.” Although he had given up his athletic career to go to China, he won the only race that really matters. At the end of his life he could say with Paul, “I have fought the good fight, I have finished the race, I have kept the faith.” (II Tim 4:7,8)

Posted by hopeinbrazil at 6:28 PM

a lovely recounting, will put that one on the book list.

Will definitely add this one to the TBR list! Thanks for sharing (and to Sherry for linking)!

I've read a biography of his but hadn't heard of this one. I am glad to know of it. I so appreciated his life of quiet faithfulness whether he was on the Olympic track or off in an obscure prison camp.